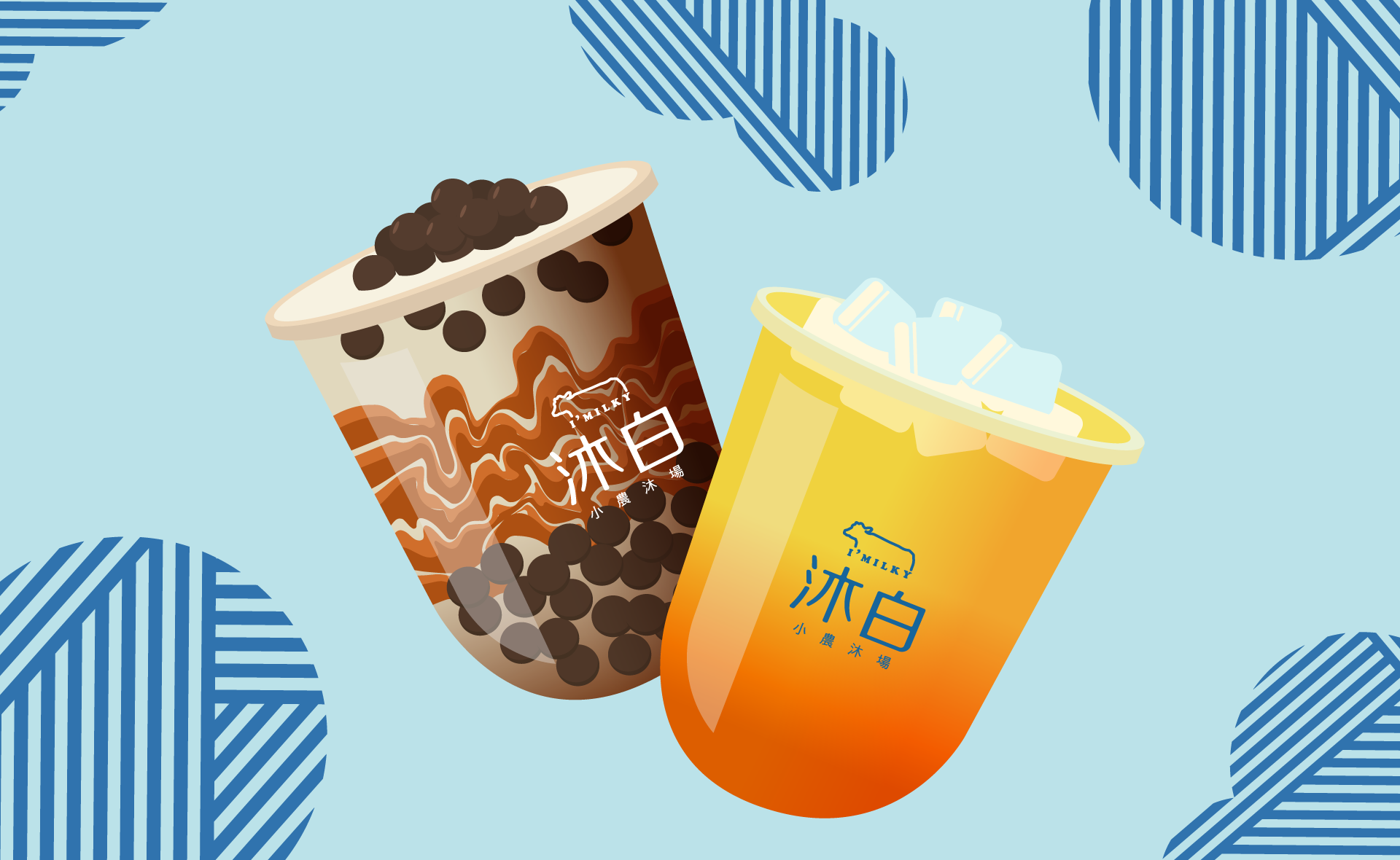 From humble beginnings in Taiwan’s 2017 landscape, I’Milky has exploded into a global brand, with outlets throughout China, Hong Kong, Macau, Philippines and even New York.

The franchise’s concept is to offer customers a more healthy and natural version of bubble tea. 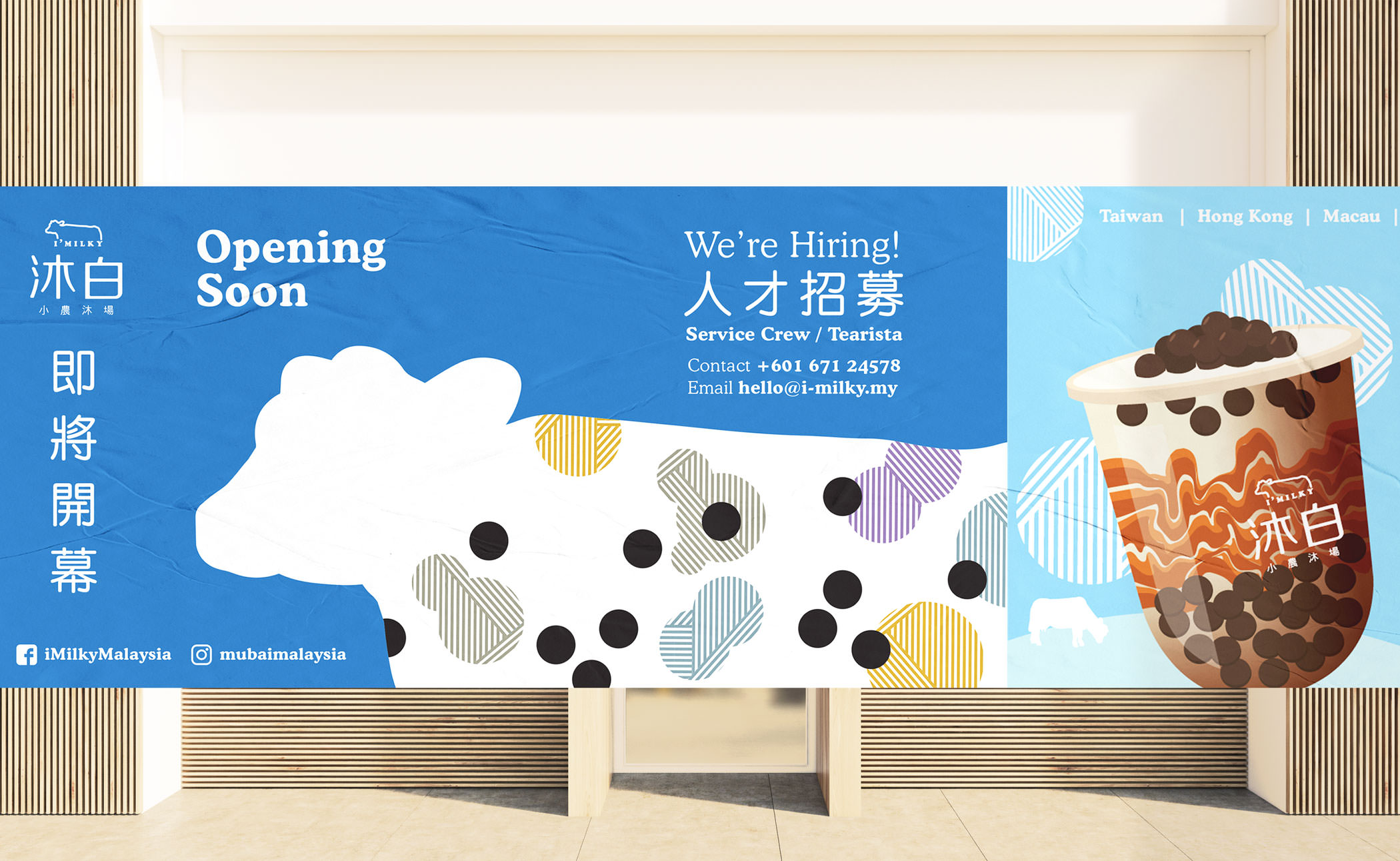 Though Malaysia has an extremely competitive boba scene, there is a gap in the market between the familiar chains and the more independent options. In order to expand, I’Milky needed a strong corporate profile that would assure potential investors of their ability to make that niche it's own. 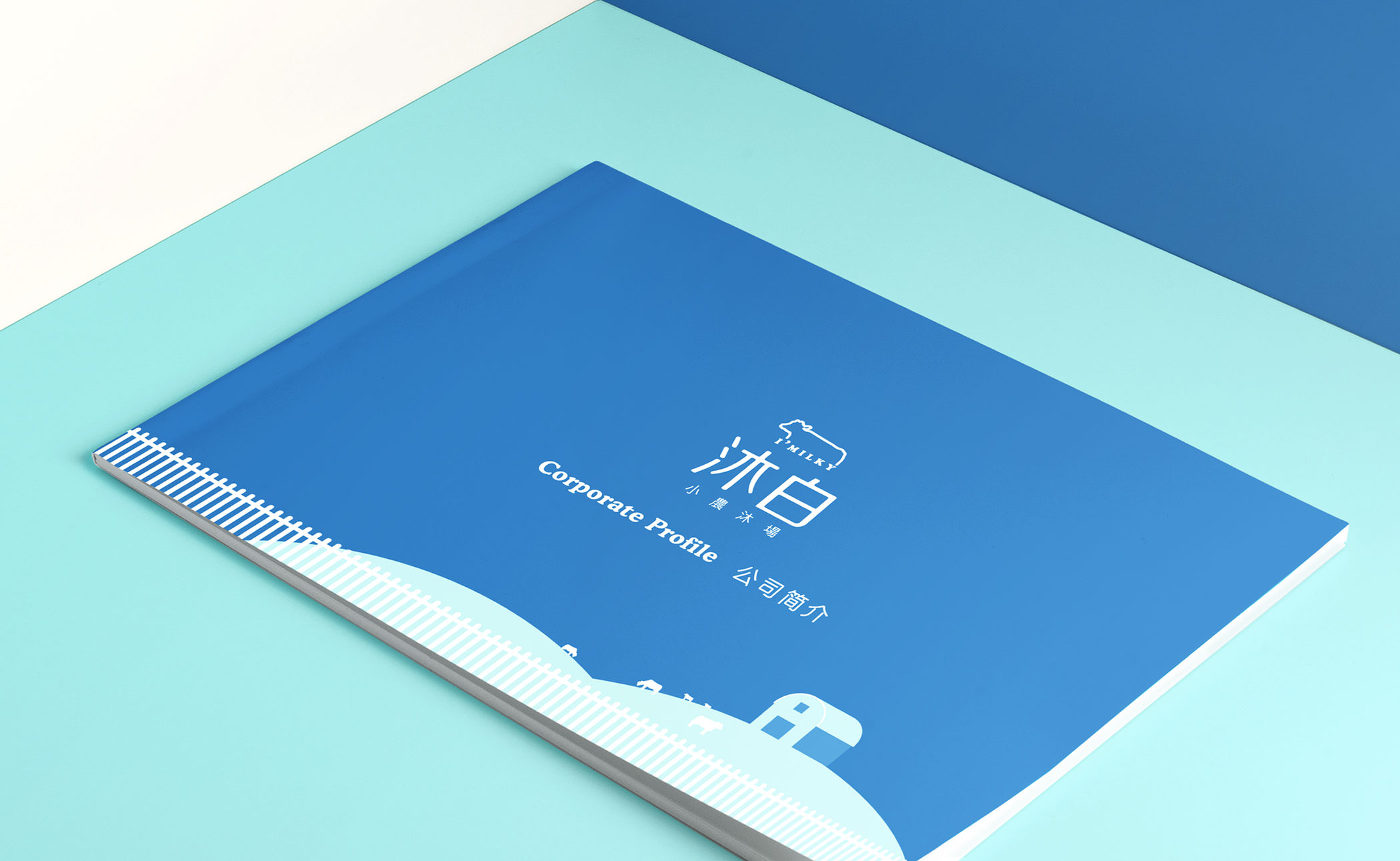 Our task was to position I’Milky as a key player in the industry, shifting the way people think about bubble tea, allowing them to enjoy it as a daily indulgence without worrying about counting calories or artificial additives. With a brand identity previously established, we developed the company’s brand personality, narrative and tagline that expands and explains their core concept. 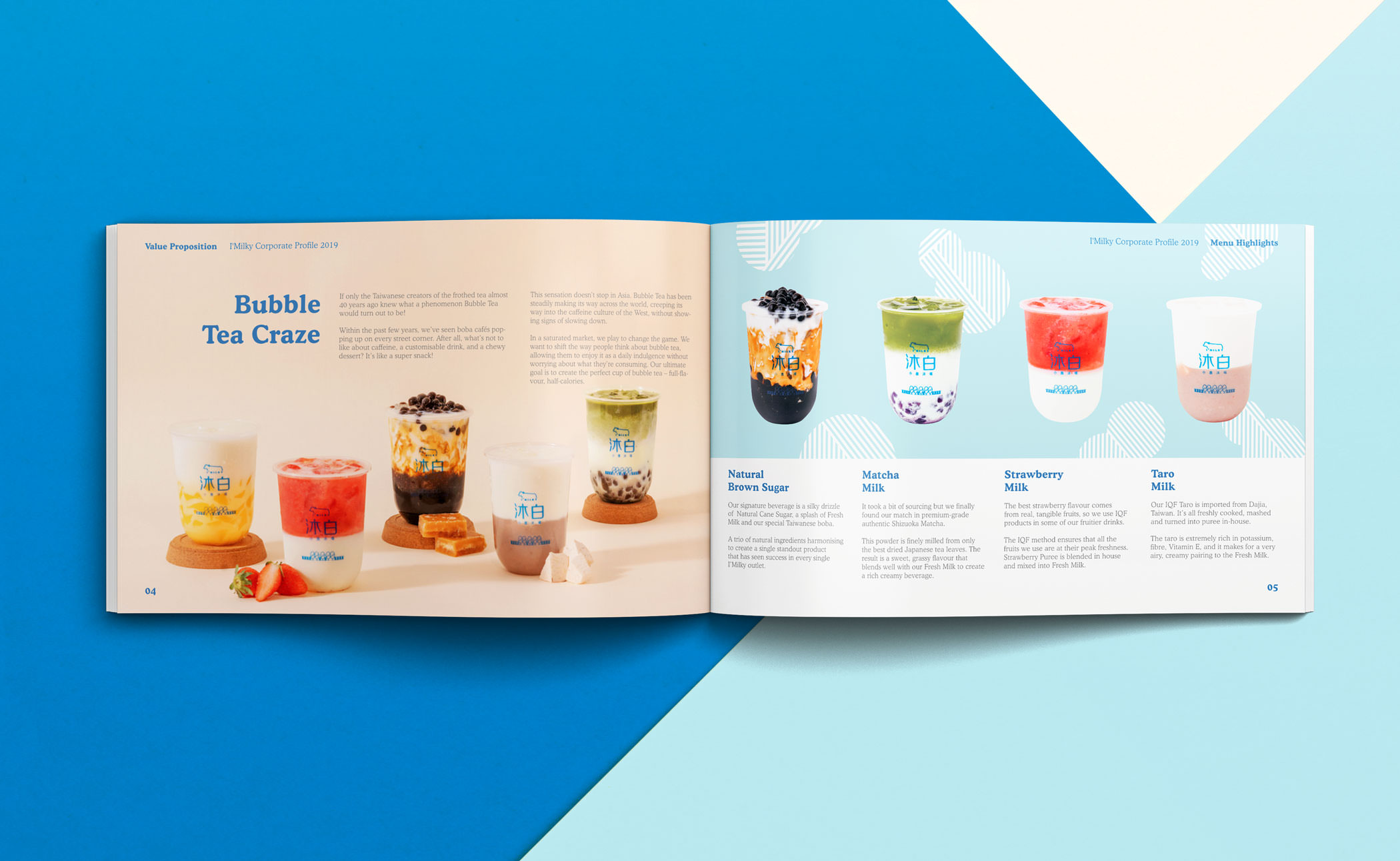 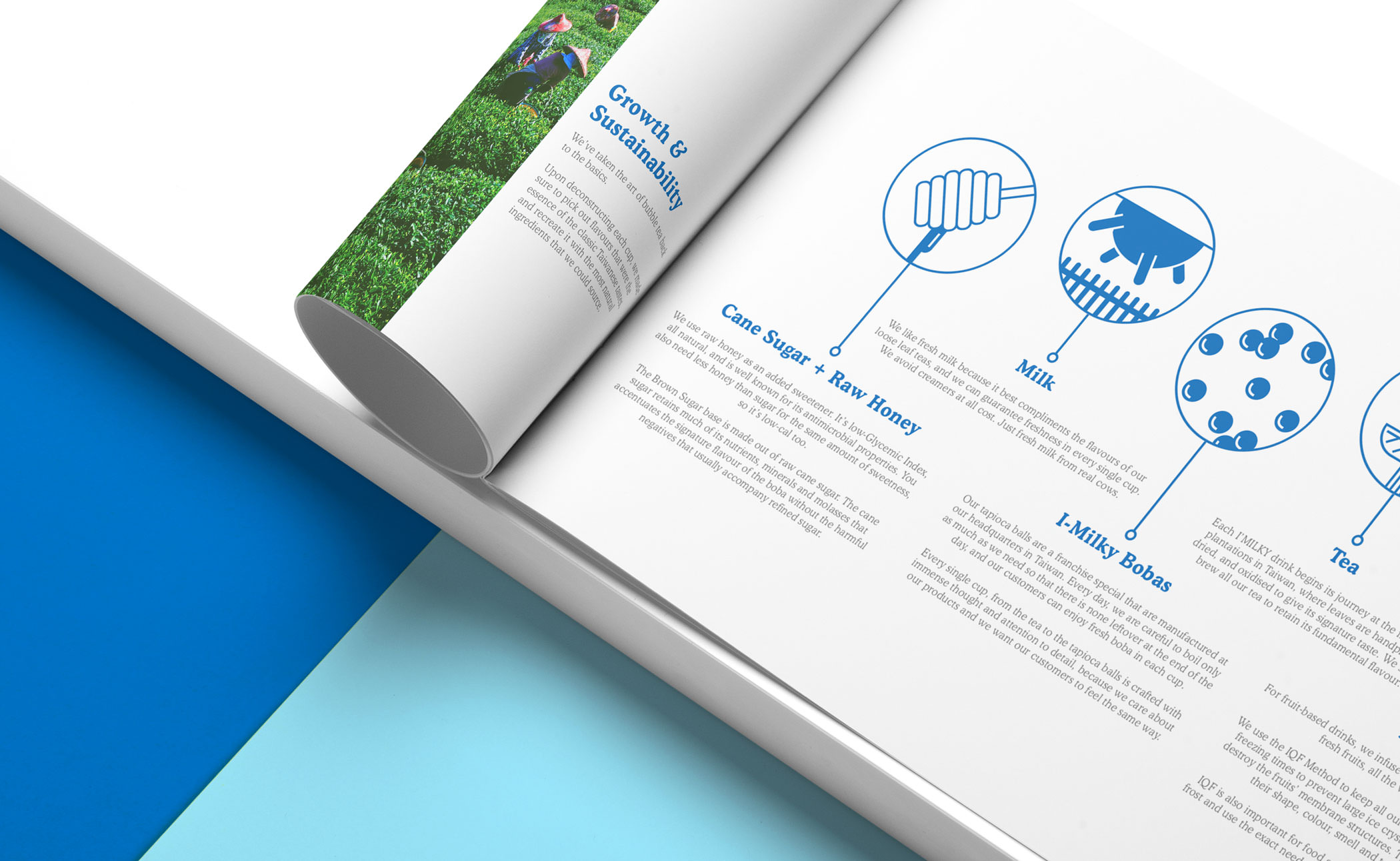 We worked to develop a visual language that could be used in the marketing collaterals like the menu, pillar wraps and hoarding designs; something that would not be lost in the background but could also stand with authority in the foreground. 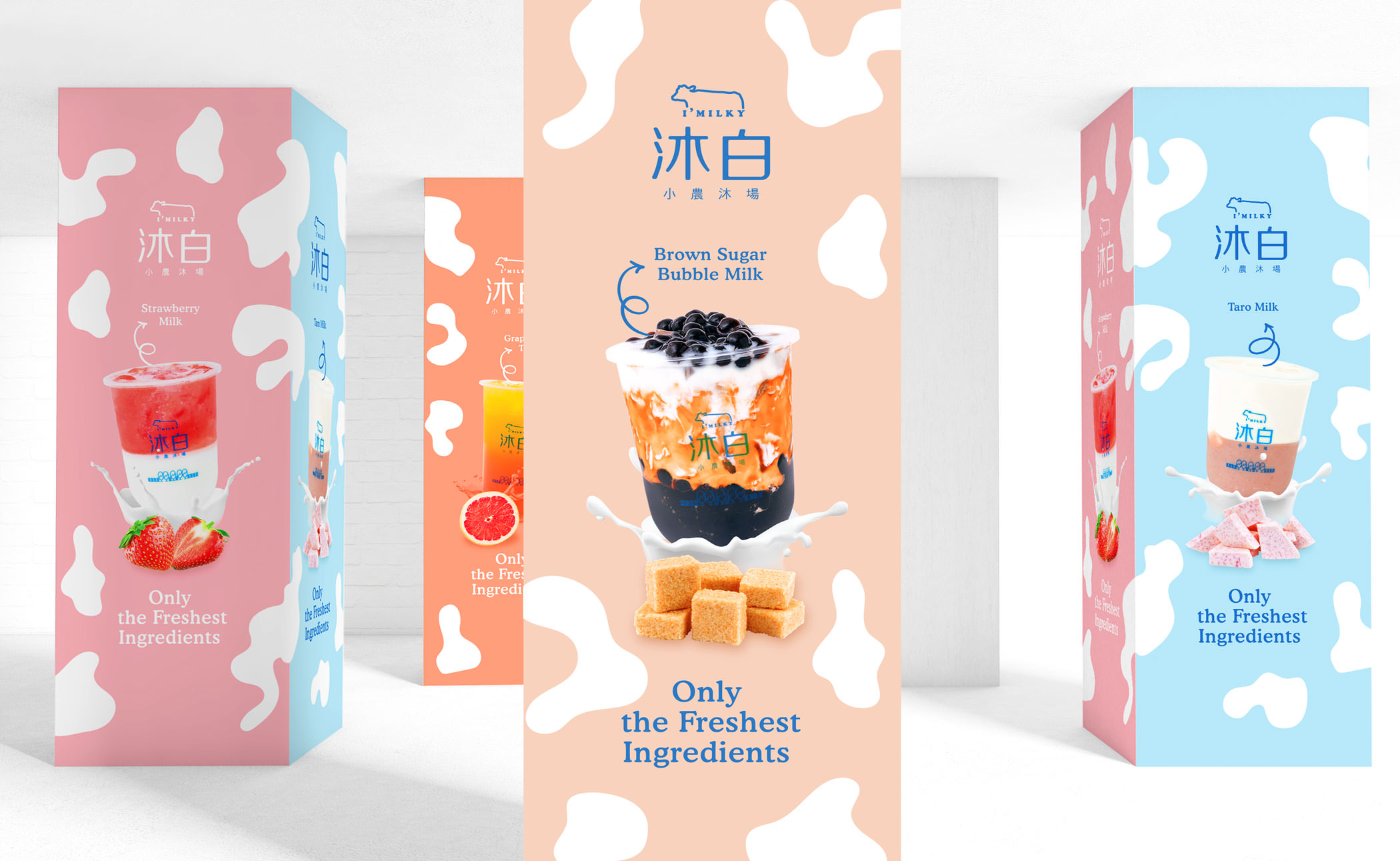 Stripping off all the visual noise typically seen in bubble tea branding, the designs usually deploy minimal graphic elements – the logo, a decisive colour palette and stylised cow spots – that convey the wholesomeness of the ingredients.

This way, the visual elements adapt to its surroundings, sometimes loud, other times minimal, but always serving the story being told. 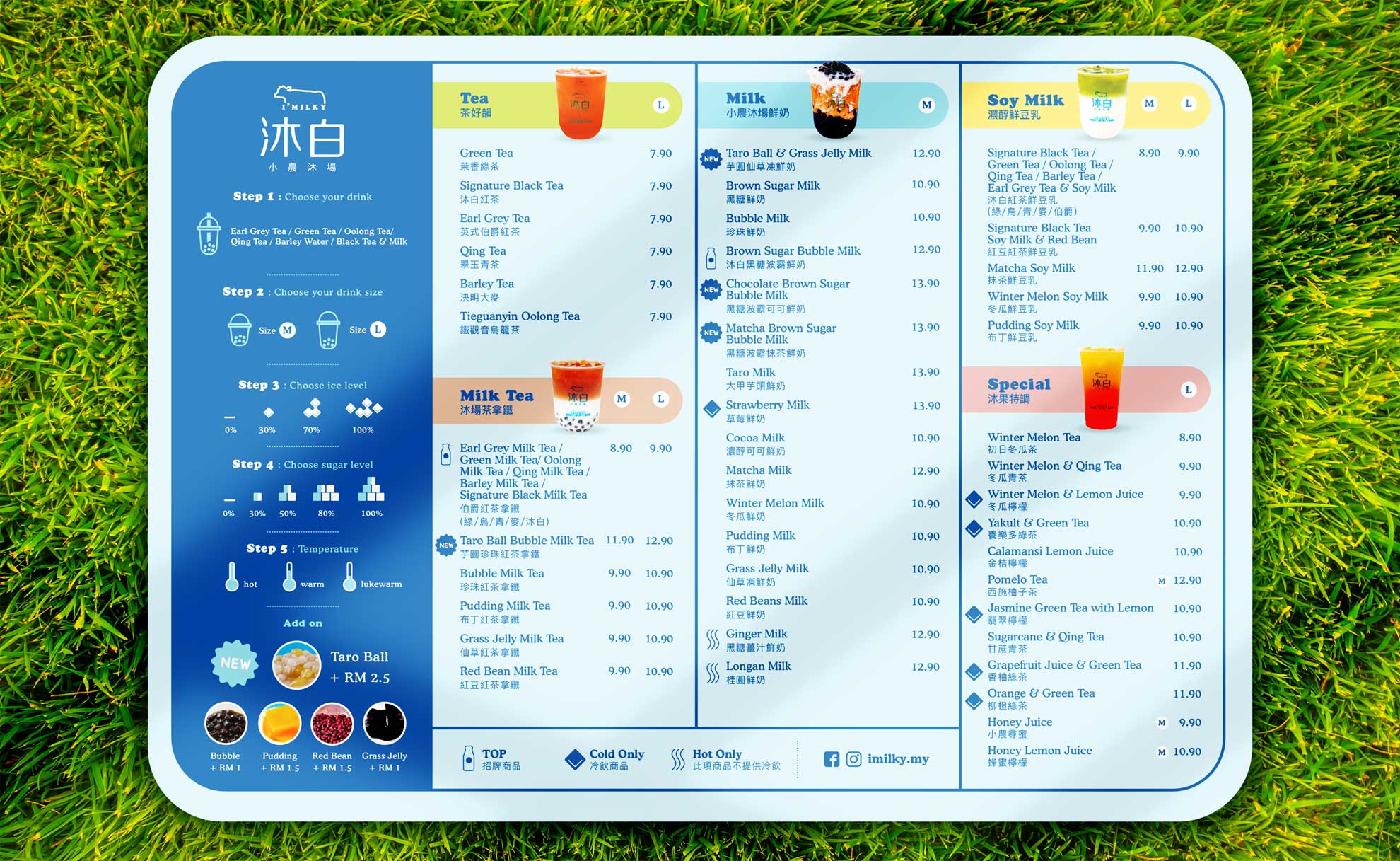 Cutting Through the Static

Two major campaigns were developed for I’Milky in order to further push their products.

The first, a video ad campaign, was targeted at two different demographics; families and young urbanites. We worked with Mates Studio to produce and film a series of advertorials that focused on highlighting the inclusiveness of the brand.

The second campaign, titled Taro Tale, was created to roll out I’Milky’s new taro ball topping. The visual elements of the poster were to be quirky and fun – appealing to the interests of many of their fans. 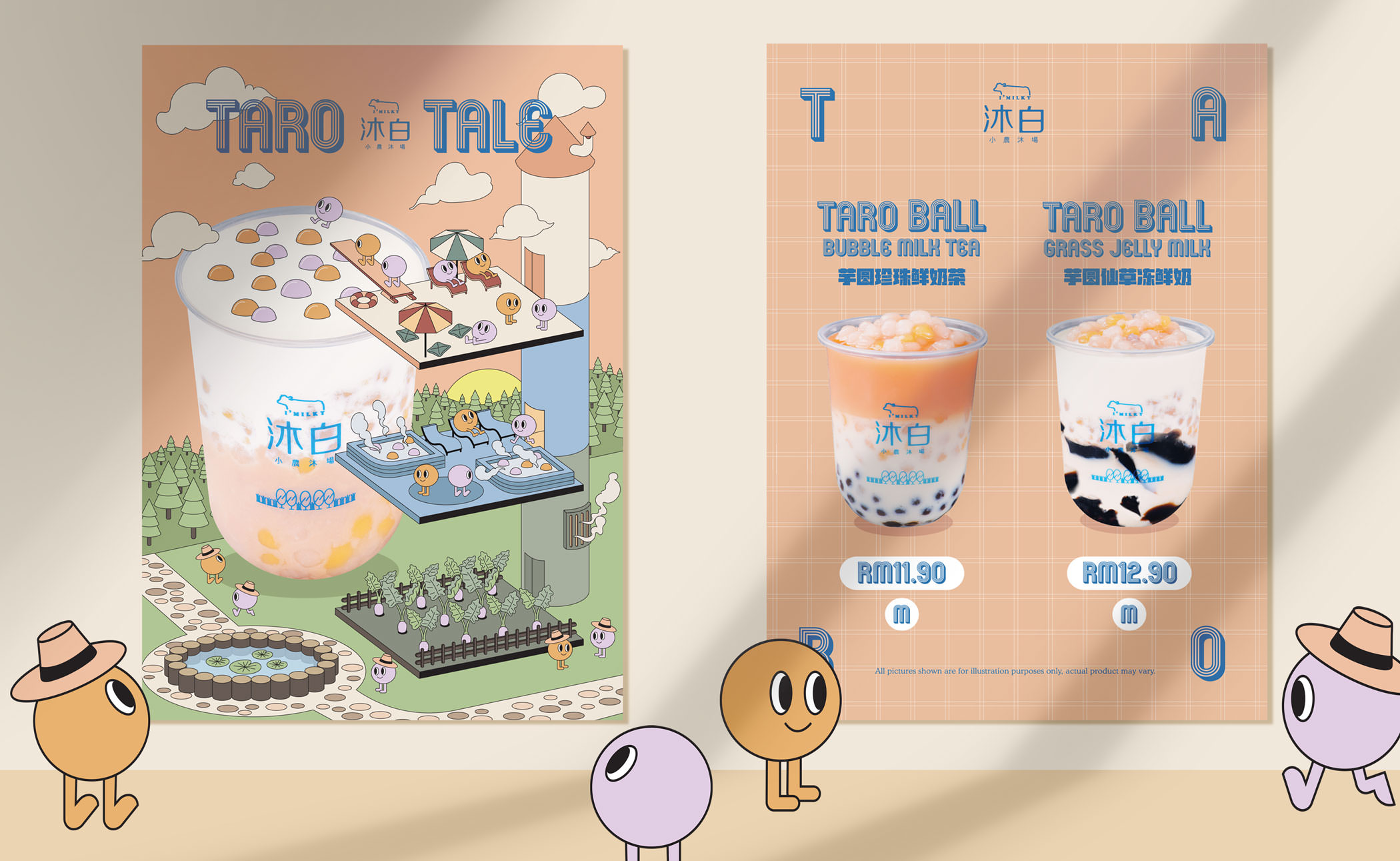 We conceptualised the illustration of a “taro ball factory”, playfully displayed with cartoon taro farmers. A short animation further detailed the journey of one such taro character bouncing its way into a giant cup of bubble tea.

We worked to evolve the social media content of I’Milky Malaysia around the brand’s existing identity without losing their current ties to the franchisor. 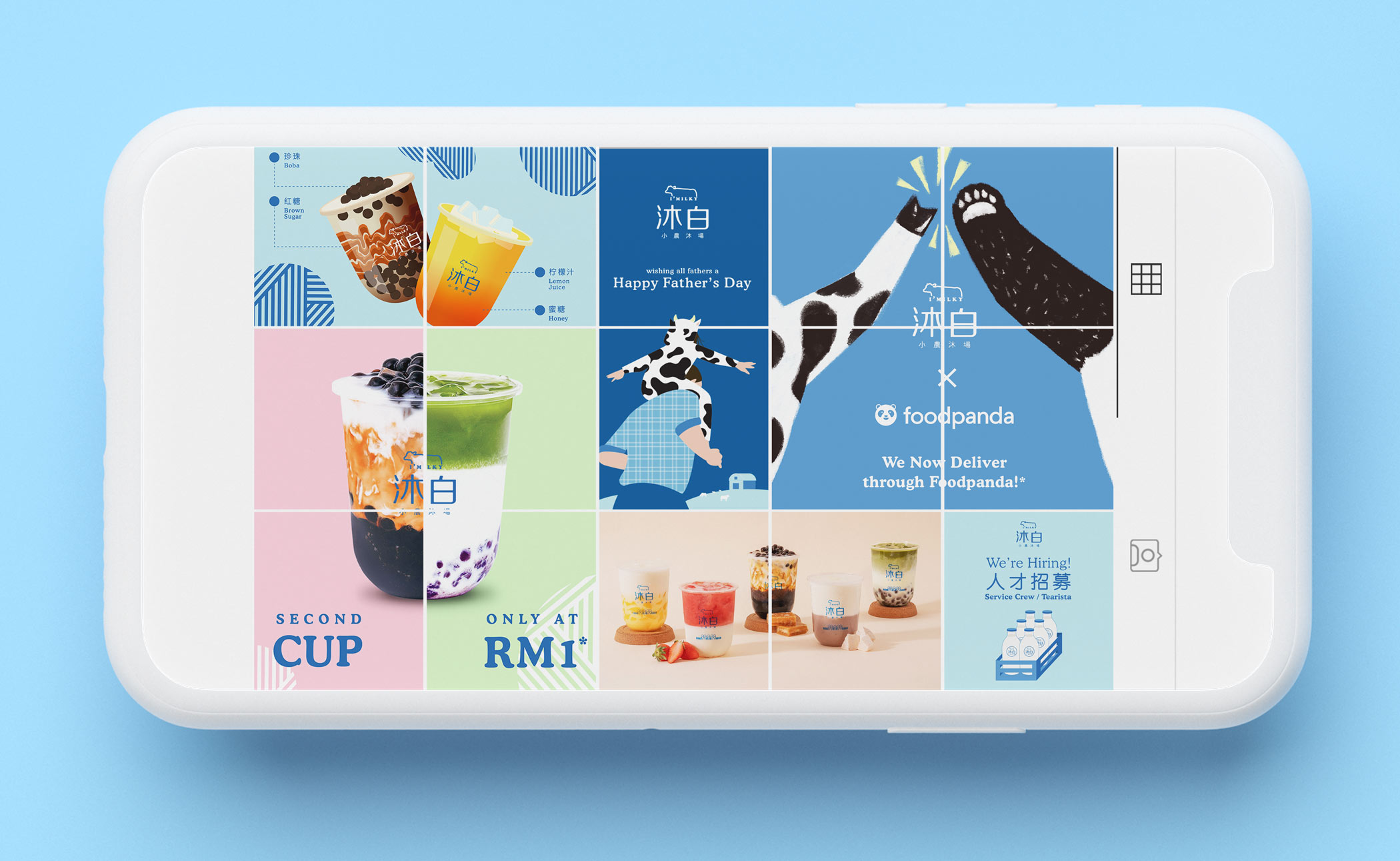 The tone of the brand was open and honest, reaching out to the health-conscious and offering an option of guilt-free indulgence. 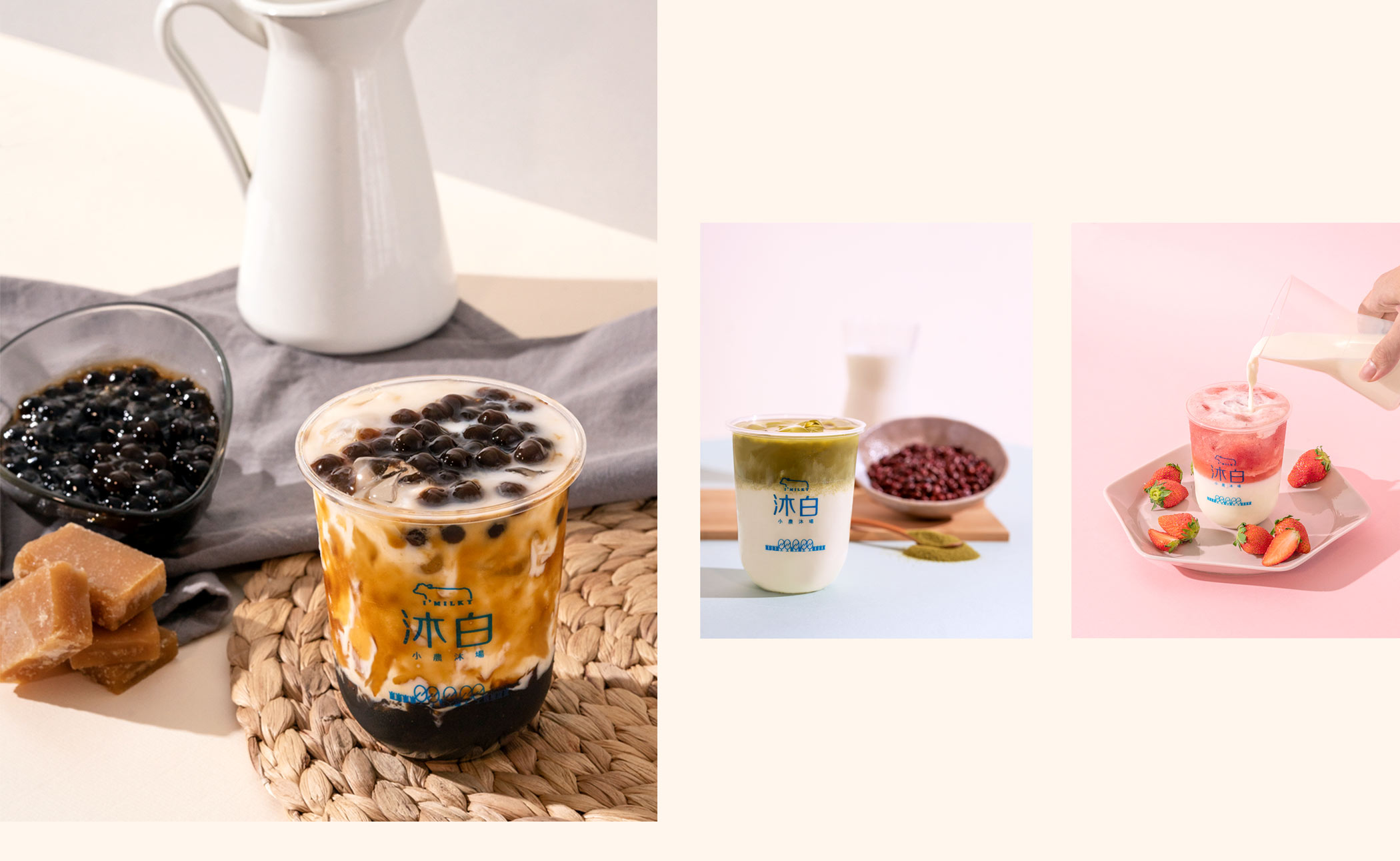 Several photoshoots were done in collaboration with The 8gency in Kuala Lumpur and styled by Geraldine Chew to capture the full breadth of the brand’s menu and ingredients, showcasing them in both a commercial setting as well adopting a more lifestyle approach. 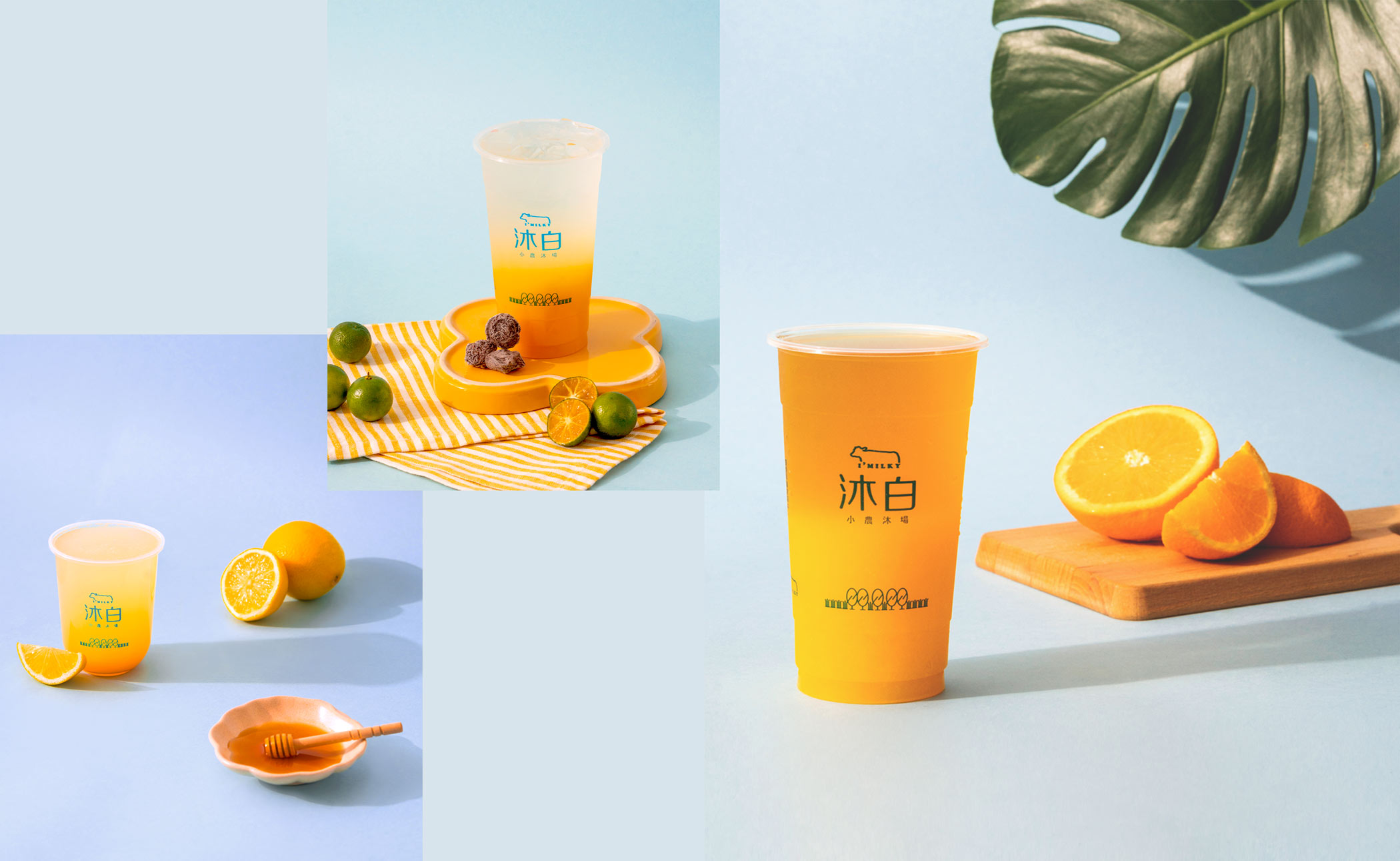 We also produced light-hearted animations and cute illustrated content featuring I’Milky’s cow mascot; using these etchings on notices and photographic content to give the brand an eye-catching presence. 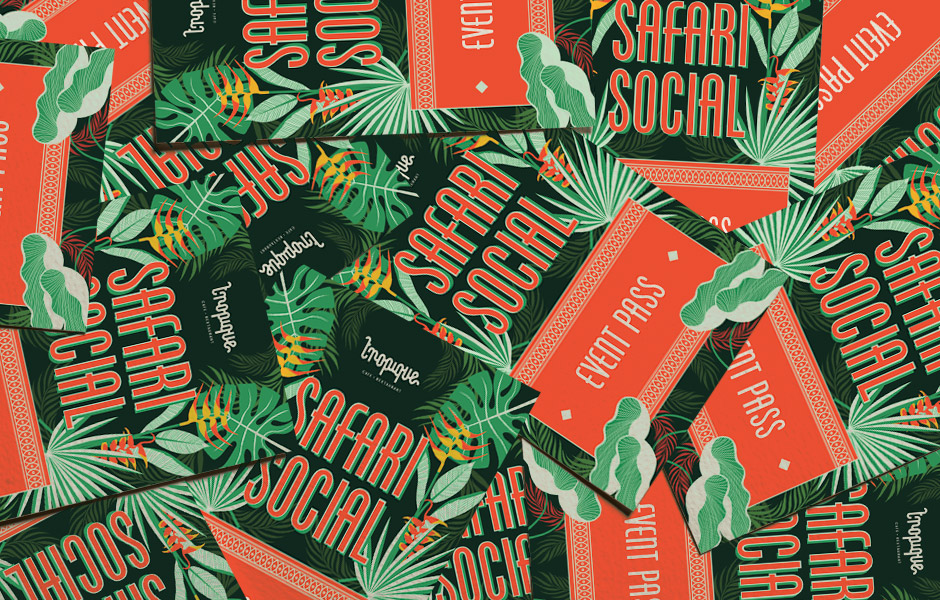 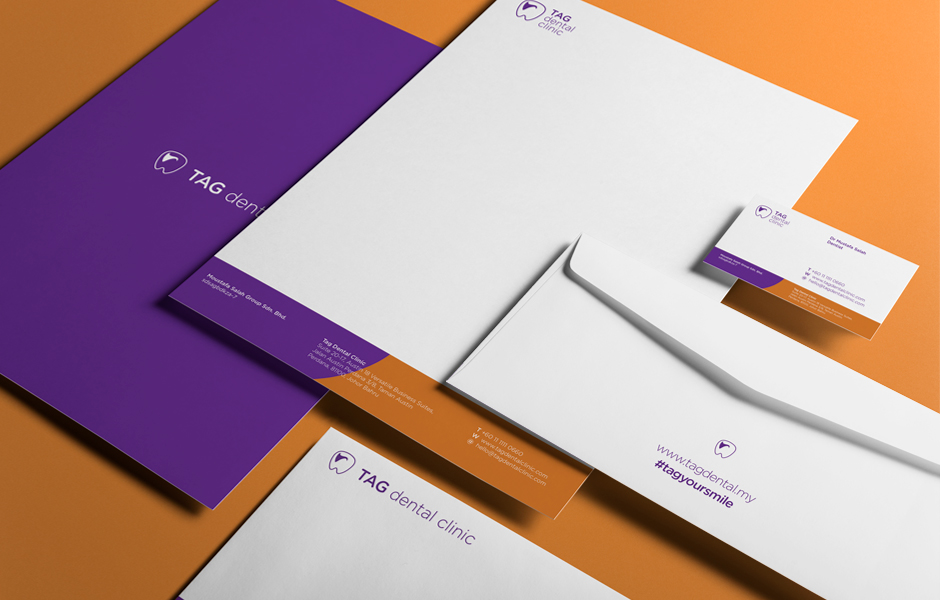